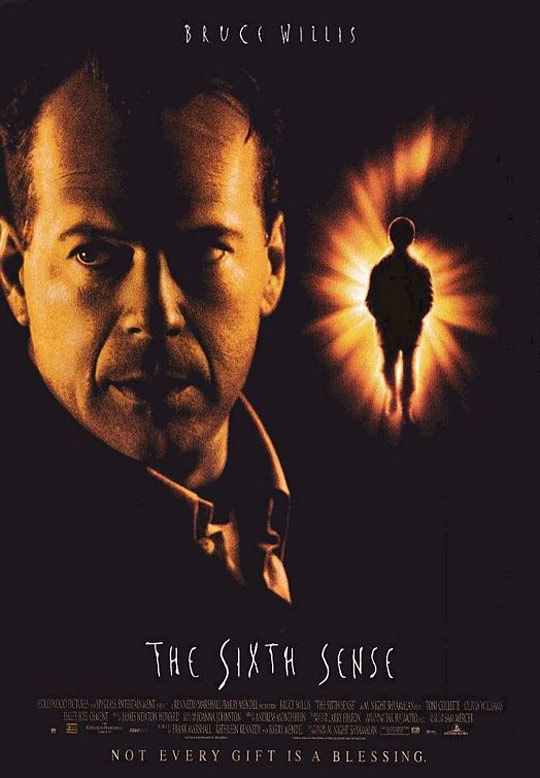 We review film #89: “The Sixth Sense“…the 1999 film where a kid sees dead people and I’m purposely not going to give away the twist ending that started the newest craze of twist endings…and also started the career of M. Night Syamalan…and his “twist” endings.

Red. I can't watch things where Bruce Willis has hair, because he remind me of Joseph Gordon-Levitt. Kids are jerks and don't take the bumblebee pennant.