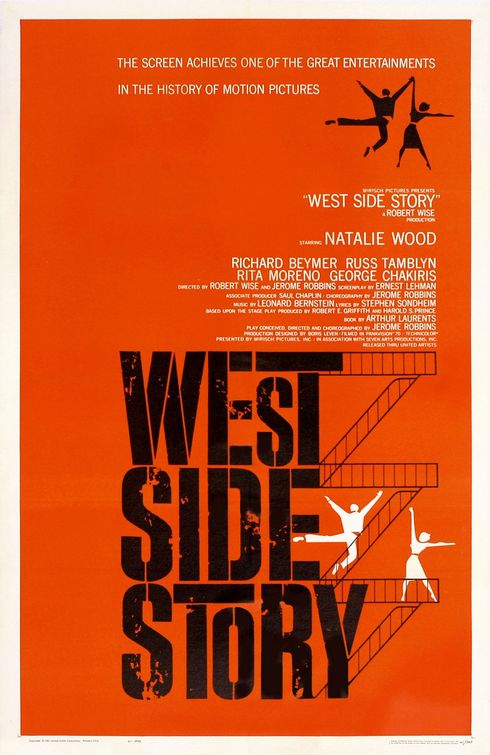 We review film #51: “West Side Story”…the 1961 film about a young girl who falls in love with a young boy from an apposing clan, and even though they’ve only known each other for a few short days is willing to forgive the accidental murder of her relative.  It isn’t until the friend tells the opposing clan that the young girl is dead, when she’s not that…wait…this isn’t ROMEO AND JULIET?  Huh.

Jeff, it's not romantic if she calls an ambulance.

Lindsay says "Hated it."
Jeff says "It was ok."