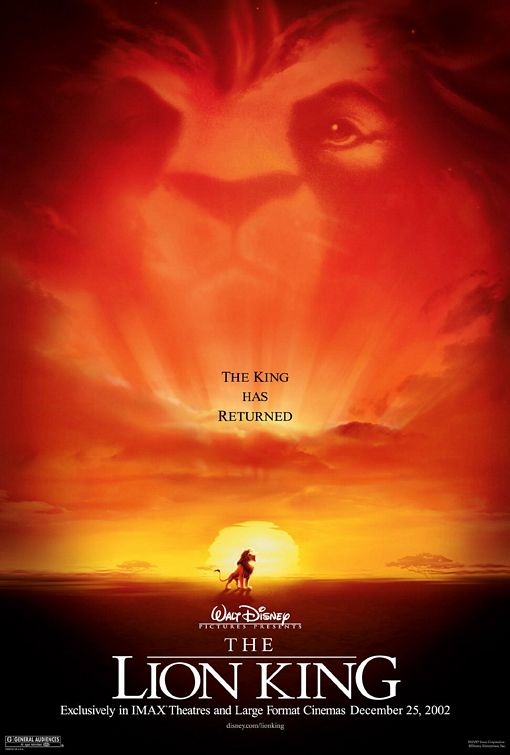 Back to review the 1994 film “The Lion King”, even while Jeff is sick. Listen to TC hold the entire show this week while Jeff sits quietly.

This Disney animated feature follows the adventures of the young lion Simba (Zoe Leader), the heir of his father, Mufasa (Ernie Sabella). Simba's wicked uncle, Scar (Rowan Atkinson), plots to usurp Mufasa's throne by luring father and son into a stampede of wildebeests. But Simba escapes, and only Mufasa is killed. Simba returns as an adult (Jeremy Irons) to take back his homeland from Scar with the help of his friends Timon (Jonathan Taylor Thomas) and Pumbaa (Cheech Marin).