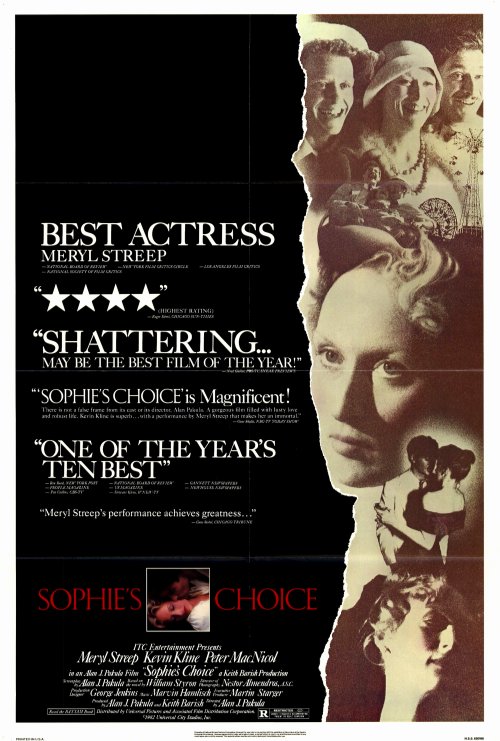 We review film #91: “Sophie’s Choice“…the 1982 drama about Sophie, her extended flashbacks, crazy boyfriend, and a southern novelist downstairs.  The choice isn’t what you think.

Kevin Kline is a jerk in this movie. The other dude who you might think is just from GHOSTBUSTERS 2 has done a whole bunch of other stuff. Shut up, we know Meryl Streep is a great actress. We get it.