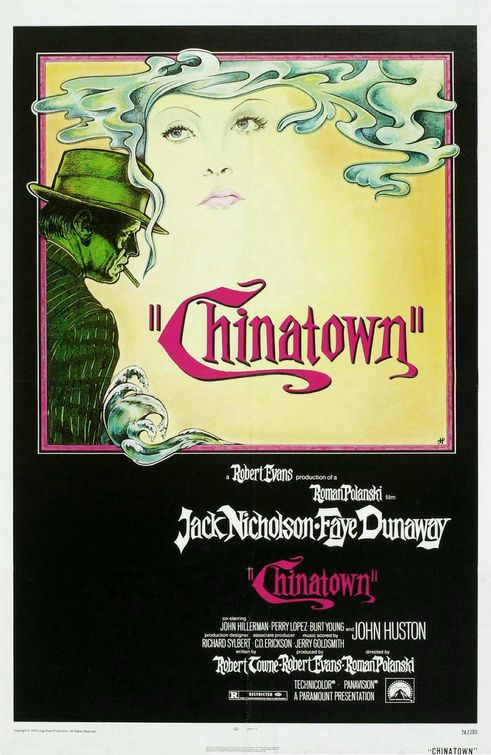 We review film #21: “Chinatown”…the 1974 noir/crime drama where Jack Nicholson takes us on a tour of 1937 Los Angeles…and gets his nose cut along the way.

A film in which Jack Nicholson gets the crap beaten out of him on a regular basis.